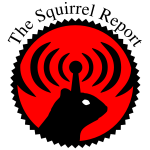 PROUD member of the

Michael W.
North Central North Carolina, United States
First of all, I am a unabashed patriot and love and cherish this great country that we live in. I try to honor the men and women who's sacrifices have made all this possible. I also consider myself a "renaissance" man in that I have varied and multiple interest. Depending on my mood, the time and place, I do my level best to explore these interest to the fullest. While some may think me disorganized, I am just multitasking. Specialization is for insects!!!!

'Tis the season for parties and other types of get together so I thought I would share a favorite drink recipe you might want to share with others. My best buddy Miss Nancy swears by this beverage.

One of sour, two of sweet, three of strong and four of weak.

Carefully mix all the ingredients, then grate fresh nutmeg over the drink before serving.

As normal, the end of the campaign season was rather hectic. A 1812 period event, two RevWar events and a three day school. I would say the school was the most stressful as well as the most interesting. Allow me to tell you about it.

North Carolina's Department of Cultural Resources is the organization that controls and supervises the various historic sites in the state. Some years ago they started a training program for historic site staff that interpret historic firearms on site. These programs focus on safety and function of black powder weapons. As a part of this training, the trainees get to fire live rounds from the weapons. When I heard about this training, I was very impressed. To try to explain how something works or it's effect, without truly using it or understanding it, it's almost like talking about swimming without ever being in any water. I was lucky enough to go to the last small arms class where I got to work with 19th century black powder muskets in which I learned a great deal.

A few weeks ago, I had the privilege of attending the school of artillery where I studied 19th century muzzle-loading artillery. We spent a couple of days learning the drill used in firing the gun, all the safety issues we needed to be aware of, as well as the history of the weapons. Make no mistake it CAN be dangerous, even firing blank loads out of the big guns. The typical blank load is around 8 oz of black powder. The majority of reenactment injuries are as a result of incidents involving artillery. We spent a great deal of time learning the various drills and firing blank charges. I was up close and personal to a 32 pounder when it was fired with it's 4 POUND blank charge. I kid you not, it rattled my teeth.

I spent most of the class working with the crew of a 3" ordinance rifle. We fired a bunch of blank charges then each member of the crew was required to make up and fire a live round. They also made up a canister round to be fired as the last shot. 19th century artillery is a good bit different than the 18th Century guns I was use to. They are fired with a friction primer ignited by pulling a lanyard. The 18th century artillery is fired with a slow match.

The last day of  the school, all the guns were transported to Camp Lejeune Marine Corps base where we were allowed to set up on artillery range so we could do our live fire. Now picture this, 6 people dressed in various types of civil war period uniforms clustered around  3" ordinance rifle, using reproduction sights and aiming at a very shot up Russian T-62 tank about 1100 yards away. Each member of the crew got to sight the gun and pull the lanyard. I can't say we hit it for sure, but if there had been anyone in the tank there is no doubt they would have known we were around.

The most interesting thing for me was when we fired the canister round. Canister is basically a tin can about the same size as the bore of the gun you are using. It is filled with a large number of lead balls  the size of musket balls. When fired, the tin can blows apart and scatters the balls turning the cannon into a giant shotgun. We sighted our gun at a target about 150 yards and it literally tore it into pieces. On several levels I knew that canister was highly effective round, but when I actually saw it used, I finally understood how effective it was and also how much hell the men went though when they had to face canister.

To hear what the guns sounded like, to hear the balls as they head toward the target, to see what canister does to a target, gave me a excellent tool to use when educating the public about historical weapons. I bitch and moan quite a bit when talking about how my tax dollars are spent, but in this case, North Carolina did a good job.

So now, I get a chance to slow down and take a break before getting fired up for the holidays. I think I am going to like it........
Posted by Michael W. at 11:06 PM No comments:

150 years ago today, at a newly opened cemetery near the Gettysburg Battlefield, Abraham Lincoln gave a two minute speech which many consider to be one of the greatest ever given. In this speech Lincoln explained the reasons and effect of the war as well as the cost. Here are the words he spoke on that day so long ago.

Four score and seven years ago, our fathers brought forth upon this continent, a new nation, conceived in Liberty and dedicated to the proposition that all men are created equal.

Now we are engaged in a great civil war, testing whether that nation, or any nation so conceived and so dedicated can long endure. We are met on a great battle-field of that war. We have come to dedicate a portion of that field, as a final resting place for those who here gave their lives that that nation might live. It is altogether fitting and proper that we should do this.

But in a larger sense, we can not dedicate-we can not consecrate-we can not hallow-this ground. The brave men, living and dead, who struggled here, have consecrated it far above our poor power to add or detract. The world will little note, nor long remember what we say here, but it can never forget what they did here. It is for us, the living, rather to be dedicated to the unfinished work which they fought here have, so nobly advanced. It is rather for us to be here dedicated to the great task remaining before us-that from these honored dead we take increased devotion to that cause for which they gave here the last full measure of devotion-that we here highly resolve that these dead shall not have not died in vain-that this nation under God, shall have a new birth of freedom-and that, government of the people, by the people, for the people shall not perish from the earth.

I will note with disgust that the current resident in the White House does not think that this moment in history is worthy of commemoration or note to his utter shame and dishonor.
Posted by Michael W. at 12:43 PM No comments:

I thought that today I would take a few moments to remember the 241 service members who were killed in the homicide bombing of the Marine Barracks in Beirut, Lebanon on this day, 30 years ago.

These men, mostly U.S. Marines had been placed in the middle of a very nasty civil war that was going on at the time in Lebanon. The Marines primary duty was to serve as peacekeepers, to try to keep the warring parties separated.

The Marine Barracks which was near the Beirut Airport was destroyed by a truck bomb which was driven into the lobby of the building then detonated. Little did anyone know that this bombing was the opening shots in the war on terror that led to various other attacks on our country, to include 9/11 and still continues today.

Most of the Marines killed and wounded in Beirut were originally based at Camp Lejeune, North Carolina. We felt the loss maybe a little sharper since these service men were fellow "Tar Heels"

When I think of these fallen heroes, I am reminded of  Matthew 5:9.

"Blessed are the peacemakers, for they will be called the children of GOD"
Posted by Michael W. at 1:18 PM 1 comment:

In solemn and respectful memory of Lord Nelson and the Tars of the Royal Navy who fought the combined Spanish and French fleets at Trafalgar on this day in 1805. Nelson died of wounds suffered in this battle, but became a legend within the Royal Navy as well as one of best beloved heroes of England.
Posted by Michael W. at 10:31 PM No comments:

In 1797... The U.S.S. Constitution (Also know as Old Ironsides) was launched. This ship, one of  six, was built to help the fledgling U.S. Navy to both protect America's interest and to project force worldwide. She received her  nickname when in an engagement with the British, cannonballs bounced off of the heavy oak timbers she was made of.
Posted by Michael W. at 10:21 PM No comments:

Sorry there hasn't been much Ice Cream round here. I think someone stole the damned machine. Last week-end I took part in Miss Nancy's PIRATEHAWK! (Or as I call it, Flintlock 101) This coming week-end I am attending the Battle of the Hook. So I am rushing around as normal. Until I can get my ducks in a row,  here's a recipe for you to play with over the week-end.

You can play around with the sugar amount as listed, this drink IS pretty sweet. Serve cool and dream of the balmy breezes of the Caribbean.......
Posted by Michael W. at 4:05 PM 1 comment: